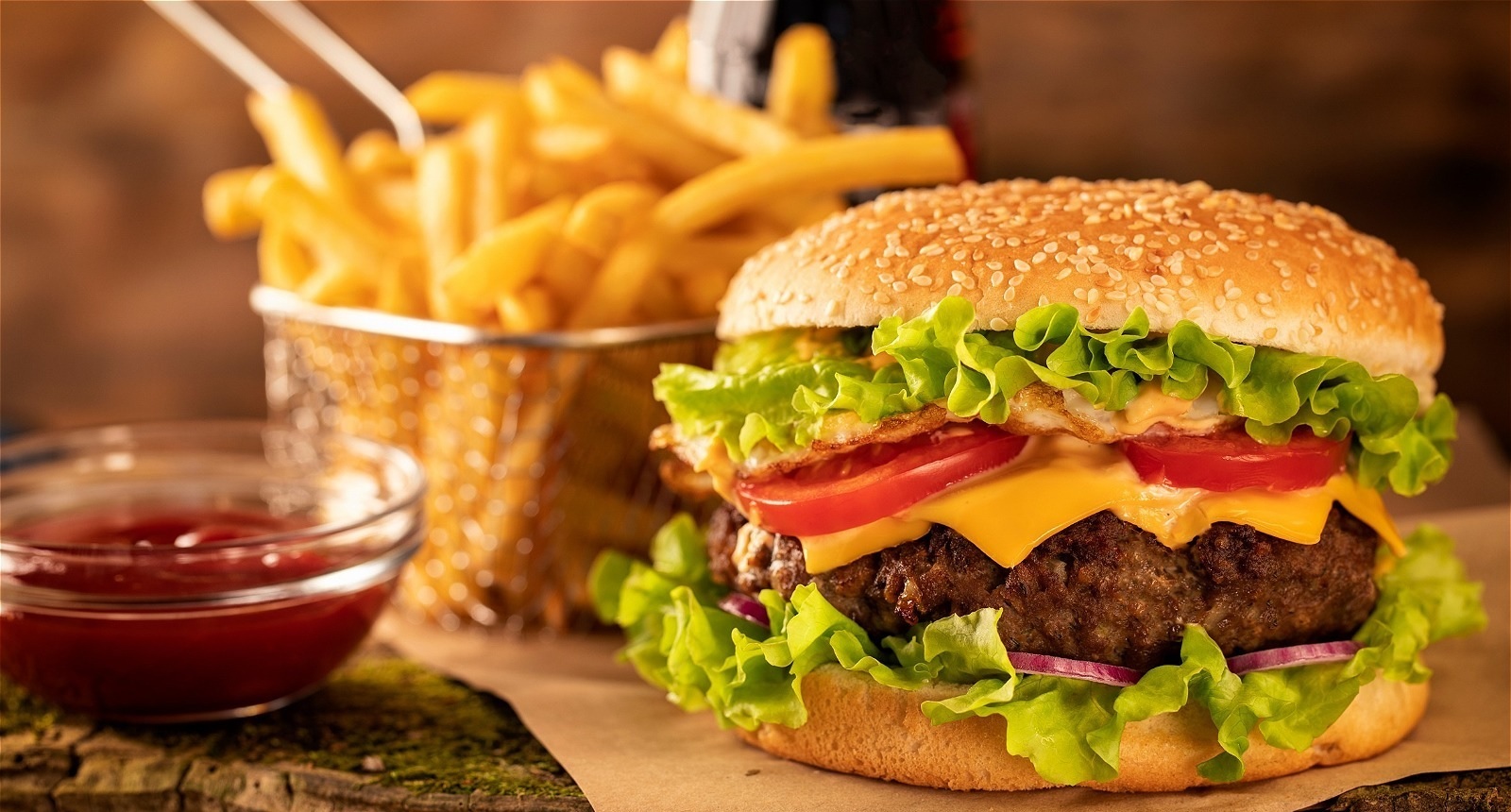 5 Truths About Burger Chains, Although hamburger, is often associated with America, their history dates back far further than our country. Although the Mongol Empire of the 13th and 14th centuries is primarily recognized for annexing the majority of the then-known world, it is also thought to have introduced “steak tartare” to Europe.

When the Mongols conquered Kievan Rus in 1237, a raw ground beef patty known as steak tartare was introduced to Russian cuisine. From there, the recipe finally traveled via Baltic trade lines to Hamburg, Germany. The “Hamburg steak” was created when a very wise German decided to grill the beef at some point.

Fast-forward a few hundred years, and German immigrants who emigrated to America in the 19th century took the Hamburg steak with them. As a result, it quickly became a standard dish in restaurants in New York City and Chicago.

Even still, modern burgers are a far cry from a Hamburger steak. Who created the popular current image of the hamburger? There is no question that it occurred in America, although it is unclear where and when. The person who actually created the hamburger as we know it today is unknown.

Some claim that New Haven, Connecticut resident Louis Lassen’s Louis’ Lunch Wagon eatery served the first authentic “hamburger” in 1901. The tale goes that when a busy customer requested a meal they could eat on the go, Louis whipped up an impromptu sandwich of ground beef sandwiched between two slices of toasted bread.

Some people will mention “Hamburger Charlie” Nagreen, who was from Seymour, Wisconsin, in 1885. Young Charlie, who was just 15 years old, quickly understood why his meatball booth at the nearby county fair wasn’t drawing any customers: Eating a meatball while moving about is incredibly difficult! Charlie added two slices of bread and flattened the meatballs with his quick thinking.

Amazingly, another pair of hamburger creators emerged in 1885. Many claims that

When the brothers ran out of pork at the Erie County Fair, they opted to use ground beef instead. Where is the fair? Hamburg, New York

Perhaps this is the lesson to be learned from these various genesis tales: The modern hamburger owes its existence to numerous people at the end of the day (and around dinnertime). It had been simmering for centuries before it finally appeared on our plates, almost like a force of culinary nature.

Burger chains are a huge part of the economy nowadays. According to estimates, McDonald’s sells more than 75 hamburgers every second.

Convenience, though, remains a crucial element. Modern burger companies focus on offering a quick and practical dining experience, just like Hamburger Charlie’s meatball sandwiches did all those years ago.

Convenience might have benefits, but it can also have drawbacks. There is no doubting that today’s burger businesses make large profits, but their methods are hardly unchallengeable. Here are some of the less palatable facts regarding today’s burger restaurants.

Also, be sure to read about the top 4 burger chains for food quality complaints.5 Truths About Burger Chains are:

1. They’ve found WHAT in the soda?

Burger establishments are famous for their soda fountains, but two studies suggest that you might be better off sticking with a bottle of water. 48 percent of the tested fast-food beverages in the United States contained traces of coliform bacteria, according to a study published in the International Journal of Food

Advertisement
Microbiology.
The information that coliform bacteria are derived from feces may stun you even more.

Dr. Renee Godard, professor of biology and director of environmental studies at Hollins University, is the study’s lead author. “We obtained soda fountain beverages from a wide variety of fast food establishments and found that a significant number of the drinks had levels of bacteria, including coliforms, which would not be allowed in municipal drinking water.”

Ice cubes were collected from 10 randomly selected McDonald’s and Burger King restaurants in the United Kingdom and subjected to yet another investigation by the BBC show Watchdog. Six beverages from Burger King and three samples from McDonald’s both tested positive for fecal bacteria.

Have you ever noticed how fast food restaurants like Dairy Queen and McDonald’s refer to their frozen menu items as “soft serve” rather than just plain ice cream? This is so that they can’t legally refer to what they are selling as ice cream.

Soft serves don’t meet the FDA’s definition of “ice cream,” which stipulates that the substance must include at least 10% milkfat (often referred to as butterfat).

What DQ’s own website has to say on the subject is as follows: “Our soft serve does not technically meet the definition of ice cream. Our soft serve only contains 5% butterfat, which is below the ten percent requirement required to be considered ice cream.”

A burger restaurant might not be the best option for dinner if you’re attempting to reduce your meat consumption. However, there are a lot of non-meat options available, such as fries, right? No, not always.

Around 2002, McDonald’s in India encountered significant legal issues. As a result of mislabeling its fries and hash browns as vegetarian. In actuality, the “essence of beef”-infused vegetable oil was being used to cook the potatoes. After the class-action case in India was resolved, McDonald’s promised to modify how potatoes are prepared to go ahead.

However, the situation is different at home in the United States. McDonald’s restaurants in America continue to serve fries with “natural beef flavor” until this day.

On the subject, a McDonald’s representative stated, “Any consumer in the U.S. who contacts McDonald’s USA and asks if our French fries contain beef flavoring is told, “Yes.” The spokesman for McDonald’s continued, “There are no plans to alter how French fries are made in the United States. It’s crucial to understand that other countries prepare their French fries differently from how we do.”

Unfortunately, there are other potential fecal contamination sources at burger establishments than the soda machine.

As you can order your favorite foods with just a few taps on a touchscreen, burger chains are starting to use them more frequently. However, always wash your hands after using one of them!

In a joint analysis by Metro and London Metropolitan University, samples from 8 McDonald’s restaurants in the UK were examined. Fecal bacteria were detected on every single screen.

“The amount of gut and fecal bacteria on the touchscreen devices startled us all. These are the ones that cause the infections that individuals get in hospitals. For instance, Enterococcus faecalis, which is common in healthy humans and other mammals. Stomachs and intestines are well known for producing infections that are acquired in hospitals “According to a news release from LMU microbiologist Dr. Paul Matewele.

5. Many burger chains still use meat with antibiotic

A significant health problem is an increase in bacteria that are resistant to antibiotics. Even the CDC refers to it as one of the “most urgent public health challenges” facing our world.

In order to maintain animals healthy and chubby. The agriculture and meat industries have been dosing them with antibiotics for many years. Even if that isn’t an issue in and of itself, the adage “everything in moderation” holds true in this situation. Antibiotic overuse is causing the emergence of new, so-called “superbug” strains of bacteria that are resistant to antibiotics.

Burger chains and the larger fast-food industry might significantly reduce the superbug problem by offering antibiotic-free beef given. That over two-thirds of U.S. antibiotics are sold for use in livestock production (approximately 25% go to bovine production specifically).

The top 20 American fast food and casual dining chains were assessed on their antibiotic policies in the NRDC Chain Reaction report from 2021. Burger King, Jack in the Box, Dairy Queen, and Sonic received an “F” grade for “taking no steps to limit antibiotic abuse in their beef suppliers.”

The level of antibiotics in McDonald’s and Wendy’s meals will be reduced in the upcoming years, earning them a “C” rating.