Food for the Working-class Americans 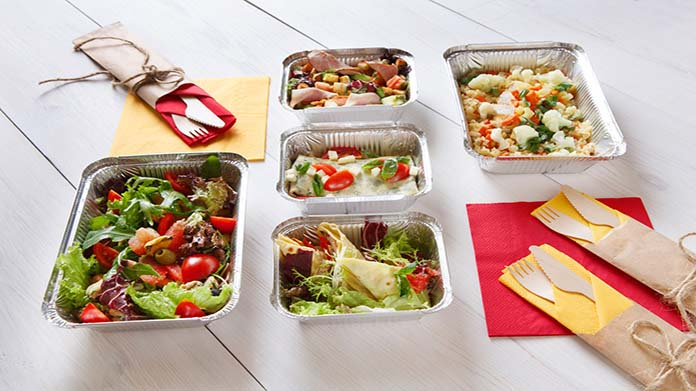 Abigail Carroll’s method of delving into the history of food in the United States is fascinating. Carroll claims that money played a significant role in deciding Americans’ eating preferences. Work patterns for the working-class, however, were modified by agricultural improvements throughout the industrial revolution, which influenced their dietary choices. Food that was consistent with the program was chosen by the working class in agriculture and allied industries. Dinner, for example, was created after the working class had enough time to mingle with their families in the evenings. The demands of the industrial revolution, which required people to be at their employment at all times, made it difficult for the working class to eat lunch at home.

The idea of having a packed lunch in the form of sandwiches and cold essentials supplied at cafeterias resulted in the rise of fast food among the working class. Traditional and modern culinary choices have long included religious beliefs and cultures. Throughout the twentieth century, the majority of the working class continued to adhere to religious and cultural beliefs around dietary choices. The working-class was affected by the influence of European culture as opposed to tribal Americans’ traditional eating preferences. The working-eating class’s choices were influenced by the loosened social rules of the twentieth century. Perhaps this might be expla ined by Americans’ rising concern with eating since the twentieth century. The idea of giving in to personal preferences prompted a shift in attitude toward unusual meals.

Options used by working-class Americans to get food

For working-class Americans, new food options arose as a result of economic and societal needs. Ready-to-eat meals and snacks were popular among the working class. The working class’s food choices were influenced by price, convenience, and availability. The impact of industrialization and the rise of the media caused the working class to consume mass-marketed and processed meals. Bakeries, canteens, lunchrooms, lunch clubs, tin dinner pails, and street pushcarts were also sources of food for the working class. Working-class people sometimes brought their own lunch or had their children bring food, especially for lunch at work.

The options available to working-class and wealthy residents differed due to cultural, social, and economic variables. The rich’s need for healthful foods was demonstrated by the state-of-the-art kitchen and hearths. As evidenced by working-class citizens, the wealthy did not enjoy the mess associated with food preparation. In this case, the wealthy only ate at high-end restaurants for dinner or lunch. The importance of well-prepared meals was suggested by the separation of the kitchen and the main residence. The hierarchy of agricultural plantations is explained by the social divide between the working class and the wealthy. The food was cooked and served in batches, and the tables were set up in a dining room with clean clothes draped over them.

Benefits of the industrialized and processed food for the working-class

Industrialized and processed food, according to Carroll, had both beneficial and harmful effects on working-class Americans. Due to the pressures of adhering to new social and economic settings, working-class Americans saw the process as convenient. Access to ready-made food and the ability to purchase it at a lesser cost was lauded as a great development for the working class. Industrialized and processed foods, on the other hand, were eventually linked to the ingestion of chemicals and preservatives. Processed food has been linked to the prevalence of lifestyle disorders such as obesity and diabetes over time. Recent discoveries, however, have debunked assertions that the technology has eliminated public health threats and food contamination concerns.