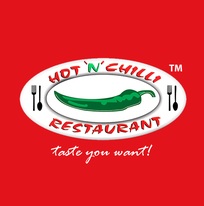 Rawalpindi (pronounced [raːwəlˈpɪndi] (About this sound listens) or /rɔːlˈpɪndi/; Punjabi / Urdu: راولپنڈی, romanized: Rāwalpinḍī ), colloquially known as Pindi (Punjabi: پݨڈی, romanized: Piṇḍī ), is the capital city of Rawalpindi Division located in the Punjab province of Pakistan. Rwp is the fourth-largest city proper in Pakistan after Karachi, Lahore, and Faisalabad respectively while the larger Islamabad-Rawalpindi metropolitan area is the country’s third-largest metropolitan area. Rawalpindi is adjacent to Pakistan’s capital of Islamabad, and the two are jointly known as the “twin cities” on account of strong social and economic links between the cities.

Rwp is located on the Pothohar Plateau, known for its ancient Buddhist heritage, especially in the neighboring town of Taxila – a UNESCO World Heritage Site. The city destroys during the invasion of Mahmud of Ghazni before taking over by Gakhars in 1493. In 1765, the ruling Gakhars defeats the city came under the Sikh rule. And eventually became a major city within the Sikh Empire based in Lahore. The city conquers the British Raj in 1849, and in 1851 became the largest garrison town of the British Indian Army. Following the partition of British India in 1947. The city became home to the headquarters of the Pakistan Army hence retaining its status as a major military city.

The construction of Pakistan’s new purpose-built national capital city of Islamabad in 1961 led to greater investment in the city. A brief stint as the country’s capital immediately before the completion of Islamabad. Modern Rawalpindi is socially and economically intertwined with Islamabad and the greater metropolitan area.