This Is the Healthiest Way to Drink Coffee 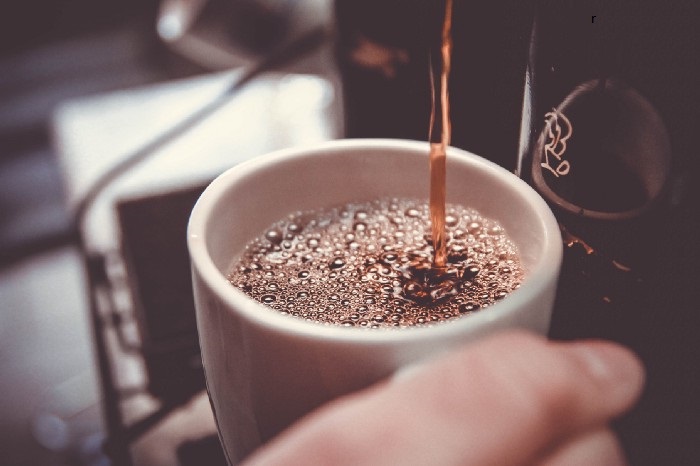 The optimal amount, preparation, and timing — according to the latest research

“Coffee is a lot more than just a drink; it’s something occurring,” wrote Gertrude Stein.
The more experts look at coffee, the more it appears that “something” is healthy for humans.
A big study published in the journal PLOS Medicine earlier this month showed evidence that those who consume 1 to 3 cups of coffee per day have a 14 percent reduced risk of stroke and a 14 percent lower risk of dementia than those who don’t.

Moderate intake was linked to the highest effect, as expected. The study discovered that when patients consumed four cups or more of coffee, their risk of stroke and dementia returned to baseline.

This daily dose has often surfaced in coffee research, which is currently robust and mainly beneficial. According to Walter Willett, MD, professor of epidemiology and nutrition at Harvard T.H. Chan School of Public Health, “the biggest advantages appear to come [with] about 3 to 5 cups per day.”
Willett was one of the co-authors of a comprehensive scientific review on coffee and caffeine that was published in the New England Journal of Medicine last year (NEJM). His review revealed that coffee drinking may lessen a drinker’s risk of multiple major ailments, similar to the latest PLOS Medicine study. Type 2 diabetes, neurological problems, liver illness, heart disease, and skin, breast, and prostate cancers are all on the list. Coffee has also been linked to improved mood and mental wellness in studies.

How could coffee be so beneficial to us? Caffeine may be responsible for many of the health advantages.
Caffeine binds to adenosine receptors in the brain, which assist regulate the release of dopamine, adrenaline, serotonin, and other neurotransmitters. Our sleep, hunger, energy, memory, and mood are all affected by these hormones. While many details are unknown, caffeine’s influence on adenosine receptors and related brain chemicals could provide a molecular explanation for some of the coffee’s health effects.

“Coffee contains hundreds of other phytochemicals, including the polyphenol chlorogenic acid, the vitamin B3 precursor trigonelline, lignans, and modest amounts of magnesium, potassium, vitamin B3, and fiber,” says Rob van Dam, Ph.D., first author of the NEJM review and a professor in the Department of Exercise and Nutrition Sciences at George Washington University’s Milken Institute School of Public Health.

He points out that coffee is the primary source of chlorogenic acid in most people’s diets, and that it has been shown in animal models to improve sugar metabolism. “This could explain why, like caffeinated coffee, decaffeinated coffee consumption has been related to a lower incidence of Type 2 diabetes,” he explains.

He advises skipping the milk and sugar to get the most out of your coffee. He further claims that caffeine sensitivity varies by individual and that too much caffeine might cause anxiety or insomnia. “It is thus beneficial for each coffee eater to adopt a pattern of consumption that minimizes these harmful effects, such as avoiding big amounts of coffee in one sitting or avoiding coffee later in the day,” he says.

To illustrate his argument, a study published in the journal Science Translational Medicine in 2015 demonstrated that drinking coffee three hours before bedtime disrupted the circadian rhythm and delayed the production of the sleep hormone melatonin. This shows that consuming coffee late at night may disrupt the internal clocks and processes that help you fall asleep at your regular bedtime. A 2020 study, on the other hand, discovered that consuming coffee in the morning or early afternoon did not appear to disrupt a habitual coffee drinker’s circadian clock in ways that disrupt nighttime melatonin release or sleep.

Van Dam adds a few more cautionary notes. “Caffeine use during pregnancy may stunt fetal growth and raise the risk of miscarriage,” he explains. Furthermore, the impact of caffeine on children is unknown.

The study on the health consequences of various types of coffee is inconclusive. “At this moment, it’s unclear whether lighter or darker-roast coffee provides more benefits,” says van Dam.

However, Willett advises caution when it comes to French-press coffee, Turkish coffee, and other non-filtering coffees. These kinds have high quantities of cafestol, a coffee chemical that can cause health concerns. “Unfiltered coffee can raise blood cholesterol levels,” he explains, adding that filtered coffee is the healthiest option.

Finally, his and van Dam’s research evaluation revealed some general caffeine intake safety levels. A safe upper limit appears to be around 400 mg per day, or roughly 200 mg every session. According to their findings, the average 8-ounce cup of home-brewed coffee contains 92 mg of caffeine, but coffee-shop coffee — which is commonly made with a higher grounds-to-water ratio — may have twice as much caffeine.

It’s hard to believe now, but coffee was once considered a health hazard. While overly sweetened “coffee drinks” — all those spiced lattes and cappuccino perversions found at the big-name coffee chains — should still be avoided, a couple of cups of old-school joe appear to be a good complement to your daily routine.