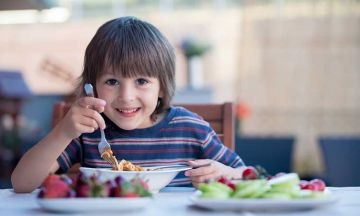 Foods to Eat and Foods to Avoid

Anyone who has ADHD can face difficulties managing it, but children with ADHD may struggle more than others. They don’t even have the ability to overcome learning challenges, let alone the life skills necessary for daily survival.

Due to this, addressing ADHD in children is often the responsibility of the parent, and an ADHD diet is one approach that many people utilize in this process.

Is There a Standardized ADHD Diet?

There isn’t a diet for ADHD that is supported by science. Although eating is not thought to be a cause of ADHD, many health professionals share the belief that nutrition can help with ADHD management.

Even though there isn’t a diet for ADHD that has been scientifically validated, nutrition in general has been investigated in relation to children’s ADHD symptoms, and the findings indicate that diet can help these symptoms.

Regarding what you should and shouldn’t feed your child with ADHD, many specialists have similar views. Individually, some of the items to eat and stay away from having been investigated for their effects on cognition and attention.

To better control their ADHD, your child’s diet can be changed in a number of different ways. The three general focuses are as follows, and you can employ one, two, or all three of them.

Eating foods that are richer in nutrition will assist to ensure that your child gets all the vitamins and minerals they need because studies have linked ADHD symptoms in children with low levels of minerals including iron, magnesium, and vitamin D2.

Regardless of ADHD, making sure your child consumes enough of these nutrient-containing foods is a wonderful idea in general. These nutrients are essential to overall health.

A common method f or determining whether someone has food sensitivities is an elimination diet. For a brief amount of time, the majority of foods must be avoided, and then they must be gradually reintroduced.

The theory behind this approach is that by reintroducing a certain food into your diet, you may determine if it is the source of any issues.

This is a sensible course of action to pursue if you suspect that certain foods may be causing your child’s ADHD symptoms, and studies have suggested that it might be highly beneficial.

Getting kids to eat nutrient-dense meals can be challenging. As a result, some parents concentrate more on providing their kids with supplements to ensure they get the vitamins and minerals they need.

You should first consult a doctor if you’re thinking about giving your kid vitamins. A dietician who specializes in ADHD and has done extensive research on the subject is one resource to take into account.

Does an ADHD-Focused Diet Help Kids With ADHD?

Kids with ADHD may benefit from an ADHD diet. There is evidence that an ADHD diet can help children manage their ADHD, regardless of whether you go through with a full elimination diet, utilize supplements to maintain their vitamin and mineral levels, or just serve your child high-quality, nourishing food.

Now that we are aware of the potential benefits of diet for ADHD, let’s find out which foods are appropriate for an ADHD diet and which should be avoided.

Which Foods Are Safe to Eat?

The best dietary groups for kids with ADHD are thought to be listed below. Naturally, it’s also crucial to consider your child’s food allergies and sensitivities when choosing what to feed them.

It has been demonstrated that feeding kids protein-rich foods, such as whey protein, can help lessen ADHD symptoms. 4 Whey protein comes from cows, therefore it’s crucial to remember that it could be contaminated with pesticides or herbicides. The greatest products are those that are organic, pasture-raised, and grass-fed. Protein derived from plants is another option.

Overall, scientists say that the best macronutrient for kids with ADHD is protein. Our bodies can produce the neurotransmitters required for concentration, focus, and calmness by consuming protein.

Complex carbs, which are found in meals that are high in carbohydrates naturally, aid in the release of serotonin in the brain. 5

A neurotransmitter that controls mood is serotonin. While all carbohydrates aid in serotonin release, complex carbohydrates have a higher fiber content due to their natural (or nearly natural) nature.

More fiber slows down digestion, which slows down our bodies’ absorption of serotonin.

6 You can prevent experiencing sharp highs and lows by doing this.

The symptoms of ADHD have been shown to improve when omega-3 is consumed. All people need omega-3 fatty acids for brain health, but those with ADHD, particularly youngsters, are known to have lower quantities of them in their bodies. 7

Thus, consuming meals abundant in this fatty acid can significantly reduce the symptoms of ADHD.

Which Foods Should You Avoid?

In contrast to the above foods, which have been demonstrated to aid kids with ADHD symptoms, the foods listed below have been shown to have the opposite impact.

Refined carbohydrates are manufactured foods that lack the nutritional value of their natural counterparts. The simple carb that is thought to cause the most problems for youngsters with ADHD is sugar, and those who consume less of it have fewer ADHD symptoms.

White flour and other refined carbohydrates cause our systems to manufacture serotonin but lack the fiber necessary for a slow and steady release. Instead, they produce a spike and crash effect, which is what happens to blood sugar when this happens.

The primary components of commercial snack foods, including chips, crackers, and fruit snacks, are refined carbohydrates. ADHD is more prevalent among people who consume more processed meals in general.

It may be tempting to let your child with ADHD consume caffeine because it can improve focus in those without ADHD. Caffeine is frequently present in coffee, tea, numerous sodas, and energy drinks. This must be prevented.

Caffeine can severely interfere with ADHD meds in addition to being possibly harmful to kids to drink. Additionally, it may result in negative side effects like jitteriness and anxiety.

Food colorings have been linked to various problematic effects in kids, including a worsening of the symptoms of ADHD.

Red and yellow colors both have the potential to negatively impact a child’s behavior and neurology. Although it has not been established that artificial food colors (ACFs) are a significant contributing factor to ADHD, some researchers have suggested that ACFs may have negative impacts on child behavior, including the conduct of children who have ADHD.

It is best to stay away from foods with additives and go for complete foods with few ingredients. This entails selecting items that list the majority (if not all) of identifiable foods as ingredients.

Food additives are often the chemical-sounding terms at the end of a nutrition label that are difficult to describe and are present in processed foods. Examples include red color #40 and sodium benzoate.

A Word From Verywell

Even though entirely altering your child’s diet may help their ADHD, it may not be a pleasant experience for them. Offer your child healthy snacks to prevent them from feeling penalized by their new diet, and be sure to give them as many of the nutritious foods they already like as you can.