The Fast Food Chains “Five Guys” in the USA 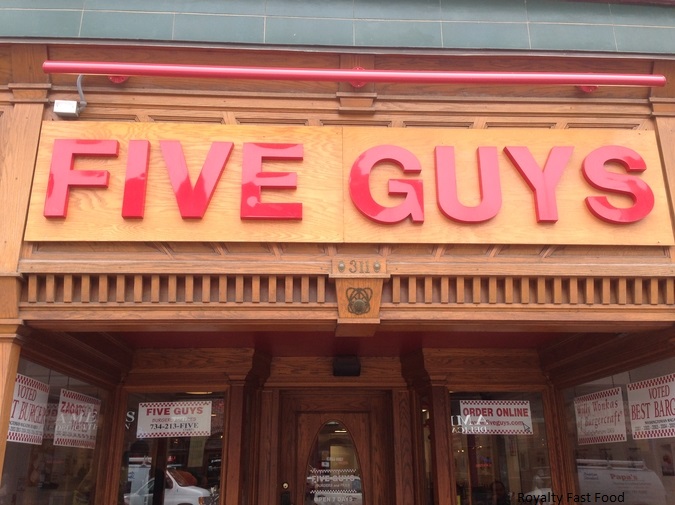 Five Guys is one of the fastest-growing fast-food franchises in the United States, with plans to expand internationally. Surprisingly, Jerry Murrell and his family founded it in 1986. (Burke, 2012). The chain now has 1,039 locations in the United States and Canada. In 2012, estimated revenues topped $1 billion (Burke, 2012). It all started with a $70,000 start-up budget. The company is currently expanding at a rapid rate. The fast-food chain’s philosophical concept is one of the reasons for its success.

This is where one of Five Guys’ most distinguishing qualities may be found. Murrell feels that quick service is crucial, but he also understands that saving a few minutes when preparing a hamburger might have a negative impact on the quality. This is why there are no drive-thru windows in the chain.

People initially felt it was unreasonable, but “the customers enjoyed it,” according to Murrell (“5 reasons,” 2010). Murrell’s ideology also has a unique approach to client service. “Treat the guy correctly, and he’ll walk out the door and sell for you,” he asserts in his book “5 Reasons,” published in 2010. As a result, unlike other fast-food chains, the chain does not invest heavily in advertising. They benefit from word-of-mouth advertising. Murrell’s theory works, as evidenced by the number of restaurants and Five Guys fans.

It’s important to emphasize that Murrell got it right from the start. Murrell envisioned his restaurant as a place where customers could enjoy delectable hamburgers. He has prioritized product and service excellence. Murrell, interestingly, used to punish his own boys for being late for work (Burke, 2012).

As long as Murrell maintains an eye on his people, this philosophy remains strong. He says he encourages his workers to follow the rules (“5 reasons,” 2010). It’s also worth noting that the main focus is on burgers, with Five Guys devotees claiming that their burgers are the best (Neather, 2013). As a result, adhering to ideals is a wise mindset.

Apart from the proper mentality, there are three more reasons why the business has grown so successful. The external reason is the first to be discussed. Burger demand has reportedly increased, according to researchers (Hickey, 2013).

Burgers and fast food establishments have been rapidly increasing in popularity. Fast food restaurants are springing up all over the world. This can be explained by the fast speed at which individuals must live. People simply do not have the time (or, to be honest, the money) to dine out or at home.

The second factor is Murrell’s lack of consistency. As a result, he has been consistent in everything he has done. He monitors product and service quality and is eager to maintain the same standards in franchisee stores. The next factor to examine is prudent management. Jerry Murrell has made sound business judgments. He wasn’t scared to take chances; he took out loans when banks didn’t believe in his ability to succeed (Burke, 2012). The family put in a lot of effort, and it paid off.

Finally, there is one additional secret that contributes to the success of Five Guys. It is critical, according to Murrell, to treat others with respect. It includes both customers and employees (Joiner, 2012).

Jerry Murrell maintains that his staff is paid well, and he goes out of his way to encourage franchisees to follow suit. He also says he doesn’t spend money on advertising because he believes it’s more vital to build strong relationships with consumers and staff. Murrell spends the money that others would spend on advertising on employee salaries and benefits.

Effective personnel in the chain are eligible for a variety of bonuses. As a result, Five Guys’ employees are financially incentivized to work hard. Employees receive benefits in addition to their salary. One of these bonuses is health insurance (Joiner, 2012). Murrell has high expectations, but he is also willing to reward people who put forth the same effort as his family.

To summarise, Five Guys is currently one of the most successful and popular fast food companies in the United States. The chain is a family-owned company that is now expanding globally. There are several factors that have contributed to this accomplishment.

The success of Five Guys can be attributed to the rising demand for burgers, as well as the high quality of its products and services. There is, however, one more reason. Jerry Murrell has always attempted to treat others with respect. This is something that both customers and employees enjoy. Five Guys does not spend much money on advertising because it is unnecessary. Murrell is currently benefiting from word of mouth.