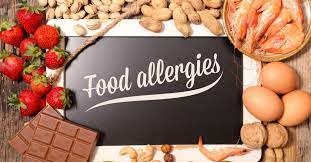 Food allergies have become a major problem in modern culture, but the terrible fact is that there is no proven cause for this rise in allergies.

More than 15 million Americans suffer from food allergies, according to the CDC (quoted in Discovery Channel, 2013), and food allergies in children have increased by 50% since the late 1990s. Drs. Sampson and Sicherer have conducted extensive research that reveals an increase in allergies, with “three to five percent of allergy reactions attributable to milk, peanuts, tree nuts, shellfish, or eggs,” according to Drs. Sampson and Sicherer (Groopman, 2011, p. 27).

Food allergy sufferers have high levels of immunoglobulin E (IgE), which interferes with the regulation of probable triggering chemicals including histamine and cytokines. Food allergies are thought to be caused by a hereditary predisposition that has yet to be identified. Despite the fact that there is still debate on the best course of action for food allergies, this study aims to highlight current research as well as some of the potential possible and non-feasible therapies that have been employed to help address the problem.

According to research, both food allergies and food intolerances have negative physical and psychological consequences for both children and their parents. Maya’s mother is concerned about what she feeds her child, according to Groopman (2011). There is always some level of anxiety created by the thought that whatever a youngster consumes will have negative consequences.

It’s upsetting because, while it’s challenging to keep one’s child safe from allergic reactions, it’s much more difficult as a mother to see your child not living life to the fullest in comparison to other children his or her age. The terror that engraves mothers causes them to keep vigil over their children and not to entrust them to anyone. Kim (Thernstrom, 2013) could only work from home because she never hired a babysitter for Tessa.

Food allergies limit a mother’s potential because she is sometimes obliged to abandon her social life in order to care for her child. On the other hand, mothers become stubborn and willing to go to any length to get their children back on track. For example, like Kim, who pushed for a full-time assistant for her daughter in accordance with the Americans With Disabilities Act, they will lobby for external resources (Thernstrom, 2013).

Fear of an allergic reaction makes both mothers and daughters question everything their children eat, but due to Maya and Tessa’s assaults, it appears that they don’t always get reliable answers. Mental anguish compels women like Mindlin to carry emergency medications in case of an adverse response.

According to Groopman (2011), Benadryl in liquid form may help ease symptoms because Mindlin used it on her nine-month-old daughter after she had allergic reactions to yogurt. Maya had another food allergy reaction after inadvertently swallowing milk protein in a hotdog after a year.

An epinephrine shot was given at the moment. Adrenaline, commonly known as epinephrine, has a fast-acting beneficial effect on severe allergic reactions. Epinephrine appears to be a more commonly used medicine in the event of an allergic reaction. The medical personnel treating Tessa and Max performed a variety of medical methods, but the major antidote for anaphylactic shock was epinephrine (Thernstrom, 2013; Discovery Channel, 2013).

Because babies were not exposed to allergenic foods until their immune systems had matured, prolonged breastfeeding was touted as an effective approach for preventing allergic reactions. According to Sampson’s research on mice, delayed exposure was associated with a delay in allergy reactions or no symptoms at all.

Dr. Zeiger went on to say that “limited exposure of newborns to allergenic foods appears to lessen food sensitization and allergy during infancy” in a controlled trial (cited in Groopman, 2011, p. 27). The hygiene theory, as well as the research find ings that support it, contradicts these two types of study.

This hypothesis posits that people are exposed to both life-threatening and non-hazardous bacteria in their natural environment, which aids the immune system in distinguishing between the two and defending the body against dangerous microbes. Youngsters’ exposure to disease-causing microbes is reduced when they are protected from dirty environments and ill children, but this also raises their risk of infection.

Delaying the consumption of a suspected food allergen, on the other hand, may simply enhance vulnerability to that allergy (p. 28). Because of their capacity to reduce tissue inflammation, vitamin D and beta-carotene have been recommended to help with allergies.

Foods that cause an allergic reaction, according to Dr. Gideon, should be avoided. He justified his statement by claiming that asking people to avoid known sensitive foods as a strategy of reducing food allergies was nonsensical.

Dr. Gideon’s argument is a rebuttal to the 1998 and 2000 guidelines, which lack data to back them up. Dr. Gideon revealed that more Jewish children in London had higher rates of food allergies than Jewish children in Tel Aviv with similar demographic and economic factors in an exploratory survey.

Unfortunately, this was only a preliminary investigation that provided no information regarding the underlying causes of such a disparity. However, in Israel, a peanut mixture was included in the infants’ diet, therefore the difference in the prevalence of food allergies between the two populations could be attributable to diet.

Dr. Gideon is currently researching the best time to wean a newborn off breast milk and the impact of eating allergenic foods on the development of allergies later in life. Gideon’s current research is focused on his theory that children can develop an allergy to allergenic foods if they are exposed to them within the first six months of life.

According to Groopman, premastication was once thought to lessen the occurrence of food allergies, and it is still practiced in some modern households and cultures (2011). Many enzymes in saliva aid in the degradation of antibodies that cause food allergies. Some people, such as those criticizing Alicia Silverstone’s actions, find premastication repulsive.

Although the public reacted with contempt and hatred to Silverstone’s deed, scientists, on the other hand, warmly embraced the gesture and emphasized the benefits of it in Wolchover’s paper (2012). However, it’s worth noting that the WHO guidelines, which recommend starting supplemental feeding at six months, are the most widely followed in developing nations.

For a long time, moms have been advised to avoid foods to which they are suspected of being allergic. This view can be credited to research like Zieger et al. (1989), which refutes the hygiene theory, as well as reports from allergists and investigators like Dr. Sicherer, who show that food restriction during pregnancy and lactation has good effects on food allergies. Intermittent exposure to allergic foods, on the other hand, is now thought to be helpful.

There are ongoing tests to see if such a procedure is feasible and what effect it would have. According to Zieger et al. (1989), different food allergies have diverse pathogeneses; some allergies can be controlled by dietary restrictions, while others cannot (p. 84).

There is no evidence to justify dietary restrictions during pregnancy or lactation, according to a 2008 report by Dr. Sicherer. Furthermore, contrary to current WHO recommendations, there is no evidence that delaying food introduction after four to six months is advantageous (Groopman, 2011, p. 29).

Sampson is now utilizing Dr. Gideon’s findings and the hygiene theory, according to Groopman (2011), to come up with a method of desensitizing individuals and thereby reducing the occurrence of food allergies. According to Sampson, children outgrow food allergies over time, but low-dose exposure to these allergenic foods could help them do so much faster. Thernstrom (2013) cites Nadeau’s success in the study of oral immunotherapy, which piques Sampson’s curiosity.

Low doses are utilized to re-educate the overactive immune system of patients with a history of allergic responses utilizing minute amounts, according to the article. Unfortunately, it’s still unclear what the authors and researchers are referring to when they claim “minute/low dosages of the allergens.”

Overall, when it comes to newborn feeding, nursing has been rated the gold standard. According to Zieger et alresearch, .’s breast milk includes IgA, which helps to prevent allergic responses. Low levels of IgA in both colostral and human milk predispose newborns to cow’s milk allergy, according to a study conducted years later by Jevinen, Laine, Jevenpee, and Suomalainen (2000).

Contrary to popular belief, there is a link between maternal dietary restrictions and allergy reactions in children. Ingestion of allergenic protein meals during breastfeeding can result in baby sensitization. Other than what the mother drinks, this contraindication is attributable to other causes.

Although IgA levels are a significant predictor of allergy incidence, it is unclear why some moms have low IgA levels. IgA antibodies help to prevent cow’s milk allergies by producing immunological complexes that help the macrophages in breast milk phagocytose possible allergens from the diet.

Food allergies have undoubtedly become a present threat, but the worst part is that there is no solution for them. Furthermore, there is little evidence to support or refute specific feeding practices. Medicine can be used to ease the symptoms of allergic reactions as soon as they arise, but one can only control what they eat for the rest of the time. The hygiene idea appears to be feasible, however, more evidence is needed to support this notion.