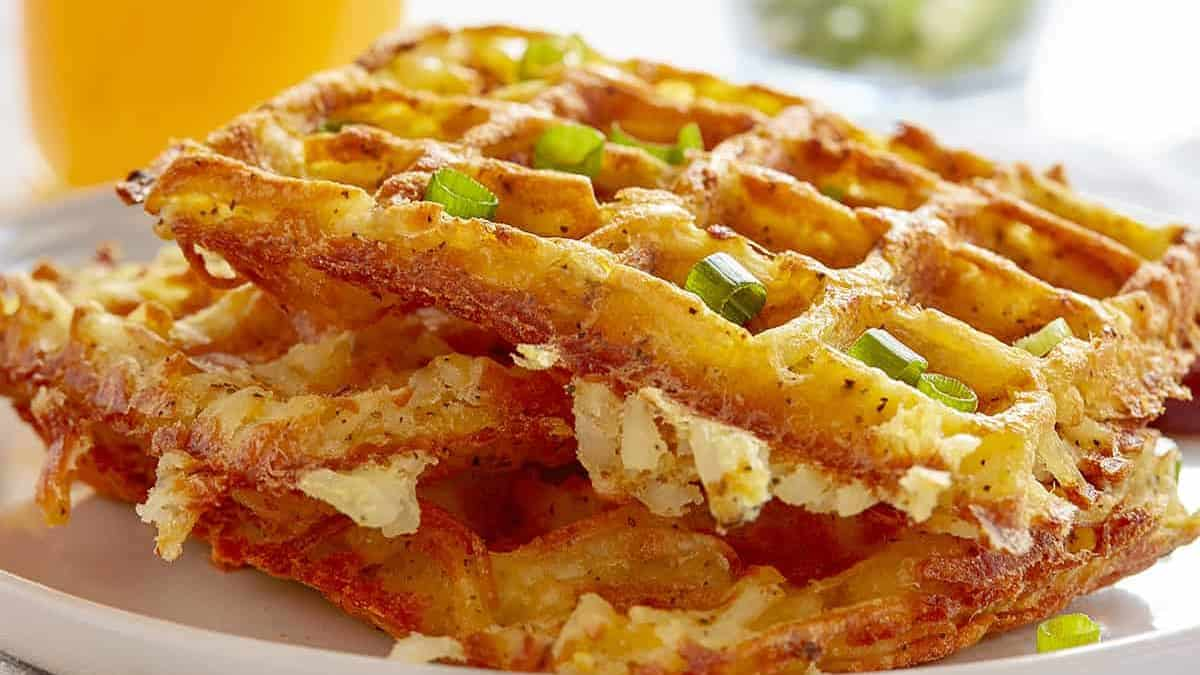 In my house, Hash Brown Waffles have become a new breakfast favorite! This will be a terrific start to your day, and a nice hot breakfast to keep you and your kids pleased until lunchtime, thanks to some shredded potatoes and easy prep. Give your waffle maker a break from the usual batter and fill it with these delectable hash browns instead! These may appear to be average waffles at first glance, but they are anything but! They’re crisp on the exterior and delicate on the inside, which is exactly how I like them. They’re also far less oily than hash browns from your neighborhood diner.

Get out your waffle iron and prepare to surprise your breakfast diners with this fresh take on waffles (or hashbrowns, depending on how you look at it)!

What Type of Potatoes should I Use?

The crispiest Hash Brown Waffles are made with russet potatoes. Because of the starch in the Russets, the hash brown will be more crispy on the exterior and mushy on the inside. Your Hash Brown Waffles will keep together a little better if you use a waxier potato, such as a Yukon Gold, but they will not be as crispy. Potato salads can be made using waxier potatoes.

Toss your hash browns with diced onions, peppers, or other vegetables. You could even stuff them with ham to make them more filling. Another tasty option is to serve the Hash Brown Waffles alongside an egg and cheese sandwich. Make these Hash Brown Waffles as a side dish to go with your scrambled eggs if you’re having a breakfast-inspired dinner. If you prefer it sweeter, add more syrup or fruit.