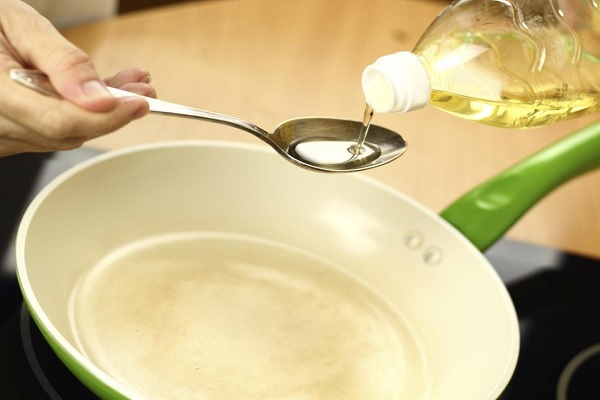 Worst Cooks in America, Count down the top 10 cooking mistakes and learn how to avoid them so you don’t make the same errors as Boot Camp recruits.

Cooking Mistake No. 1: Being Afraid of Heat

Cooking Mistake No. 2: Crowding the Pan

Because the temperature outside reduces as you add food to the skillet, the food is more likely to steam (and turn grey) rather than brown. Allow space for your food!

Cooking Mistake No. 3: Not Reading the Recipe.

Sure, there’s plenty of room for substitutions and improvisation. However, do yourself a favor and study the recipe completely before beginning to cook, so you’ll know what to expect.

Cooking Mistake No. 4: Not Tasting As You Go

Throughout the cooking process, taste your dish and adjust the flavors as needed. You’ll get more control over the final result and gain a better understanding of how cooking alters food.

Cooking Mistake No. 5: Not Seasoning Enough

Salt isn’t something to be terrified of. A pinch of kosher salt brings out the tastes of the cuisine, making it taste more authentic.

The cook’s secret for turning sputtery and grey chops into crisp and golden is to pat them dry with a paper towel before searing.

A dull knife is more likely to injure you (since it slips much more readily than a sharp one), it’s more likely to produce onion tears, and it’s no fun. Sharpen your knives at least twice a year – it will make a huge difference.

Cooking Mistake No. 8: Slicing Meat with the Grain

Take a close look at the surface the next time you’re slicing a steak. There should be a few long “strings” flowing through it. Chewy, tough steaks mysteriously become soft and toothsome when cut perpendicular (not parallel) to those strings.

Cooking Mistake No. 9: Not Resting Meats and Casseroles

Sure, it looks fantastic and you can’t wait to get your hands on it. Allow meats and baked dishes (such as lasagna) to rest for a few minutes after they’ve been removed from the oven. The fluids from meats will stay in the flesh (rather than running down your board), and the layers in stacked baked dishes will stay together rather than slide around.

Always mix doughs and batters carefully and softly, especially when making fast bread and muffins, or meat for meatloaf or meatballs – simply fold until the ingredients blend together, since overmixing can lead to hardness.