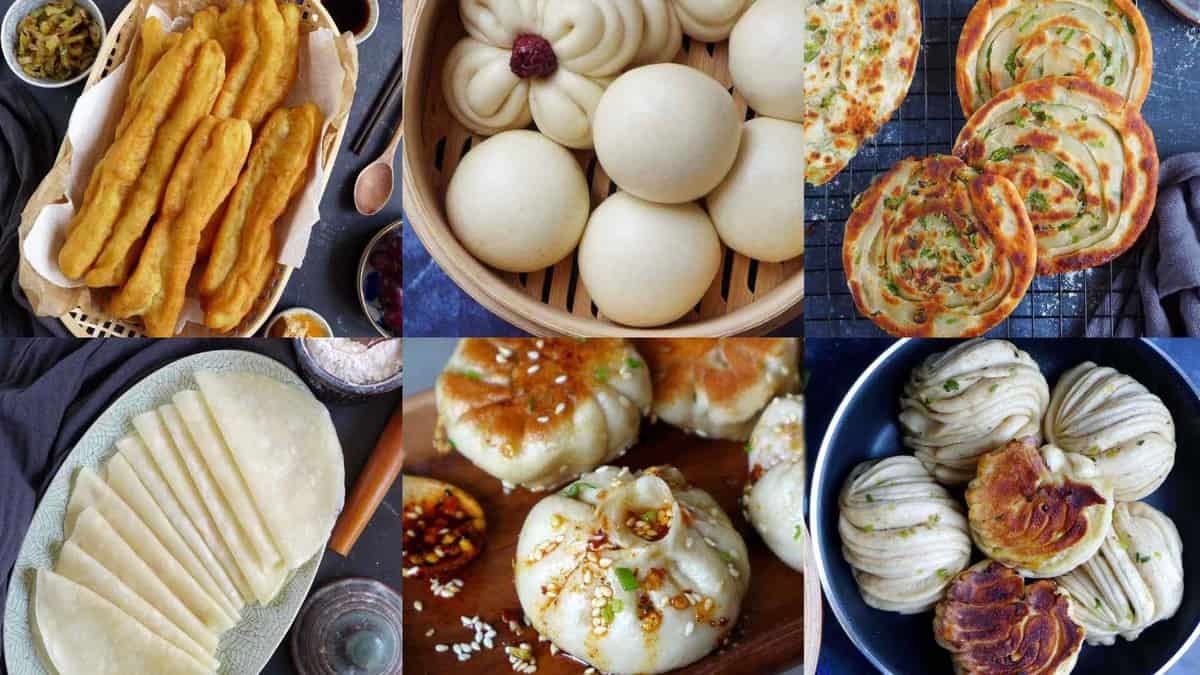 Chinese Breads and Buns are a little different from Western and European bread, despite the fact that many people are familiar with them. Chinese bread comes in a variety of varieties and can be created with a variety of ingredients.

We’ll examine some of the most well-liked varieties of Chinese bread and buns in the list below.

We will also talk about the origins and history of these delectable foods. So continue reading if you’re curious to learn more about Chinese Breads and Buns.

Mantou can be either savoury or sweet and is typically made from flour, water, and yeast.

The buns are served with a dipping sauce after being steamed in a unique steamer.

In China, mantou is a common meal that is frequently consumed for breakfast or as a snack. Mantou has grown in ubiquity overseas during the past few years.

It comprises wheat flour and water pancakes that are stuffed with hoisin sauce, scallions, and pieces of roasted duck.

The Chun Bing is well-known throughout China and other regions of Asia, despite frequently being linked with Beijing.

Youtiao is a sort of fried bread, similar to a doughnut in China.

Before being deep-fried, the dough is made of flour, water, and yeast and shaped into long, thin strips.

For breakfast, they are offered soy milk or porridge.

A Chinese general is thought to have created Youtiao during the Han Dynasty.

Chinese pancakes known as Cong You Bing can range in thickness from paper-thin to thick and doughy, and they are often square or circular.

The pancakes have a savoury and slightly sweet flavour, and the green onions add a faint onion flavour.

The ideal pancake should have a crispy exterior and a soft, moist interior.

The dough is stretched out into a thin sheet and fried in oil in a skillet until crisp and golden brown.

Usually, Sao is consumed for breakfast or as a snack.

Chinese dim food called baozi is stuffed with ground pork. The bamboo baskets used to steam the baozi give them their distinctively rounded form.

It is believed that Middle Eastern traders who visited Chang’an brought the steamed bun to China.

The steamed bun was eventually altered by the Chinese.