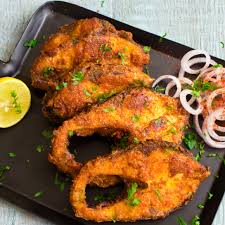 Fish is frequently provided as a restaurant special or through church fundraising on Friday nights during Lent, the Christian season of repentance.

If served in a German restaurant or area, a fish fry may include potato pancakes (with sour cream or applesauce as a side dish) and sliced caraway rye bread.

In the northern United States and Canada, a “shore lunch” is customary. Outdoor enthusiasts have been barbecuing their catch on the banks of their favorite lakes for decades.

Fish fries are extremely popular in the Midwest and the Northeastern United States. This is especially true for Christian communities on Fridays during Lent, particularly in the Roman Catholic, Lutheran, Anglican, and Methodist traditions, where meat abstinence is required.

Christians have fasted on Fridays since the first century AD to commemorate Jesus’ crucifixion on Good Friday. Even before Christianity, fish have been associated with religious celebrations. The first reference of fish in connection with Lent, the Christian season of repentance, came from Socrates of Constantinople, a third- and fourth-century church historian who spoke of abstaining from meat and meat products (such as cheese and eggs) during Lent’s 40 days. Pope Gregory I, who was elected in 590, mentioned the practice, which was ultimately codified into canon law. Although the 1983 Code of Canon Law provides for alternative observances of the Friday penance outside of Lent, the Roman Catholic tradition of Christianity has been that the flesh of warm-blooded animals is off bounds on Fridays. Fasting and abstention from meat are required in Methodist Christianity on all Fridays of the year, according to The Directions Given to Band Societies. The Anglican Christian denomination’s Book of Common Prayer also prescribes abstention from meat on all Fridays of the year.

Upstate New York and northwestern Pennsylvania cuisine, particularly Albany, Buffalo, Pittsburgh, and Rochester as well as Syracuse and Utica, New York, are known for their battered or breaded haddock and codfish fry. Even outside of Lent, the majority of restaurants in these cities serve a fish fry on Friday, and it is frequently available throughout the week. A piece of fish, coleslaw (occasionally potato salad or macaroni salad), french fries, and a dinner bun are typical components of these meals.

In Wisconsin, the modern fish fry tradition is strong, with hundreds of businesses hosting fish fries on Fridays and even Wednesdays. In Wisconsin, the Friday night fish fry is a common year-round custom among people of many faiths. As fundraisers, fish fries are served at many non-chain restaurants, pubs that provide food, and Christian churches, particularly those of the Roman Catholic, Lutheran, Anglican, and Methodist traditions. Beer batter fried cod, perch, bluegill, walleye, smelt, or catfish in places around the Mississippi River are traditional Wisconsin fish fry fare. The dish is frequently served with tartar sauce, french fries, or a salad.