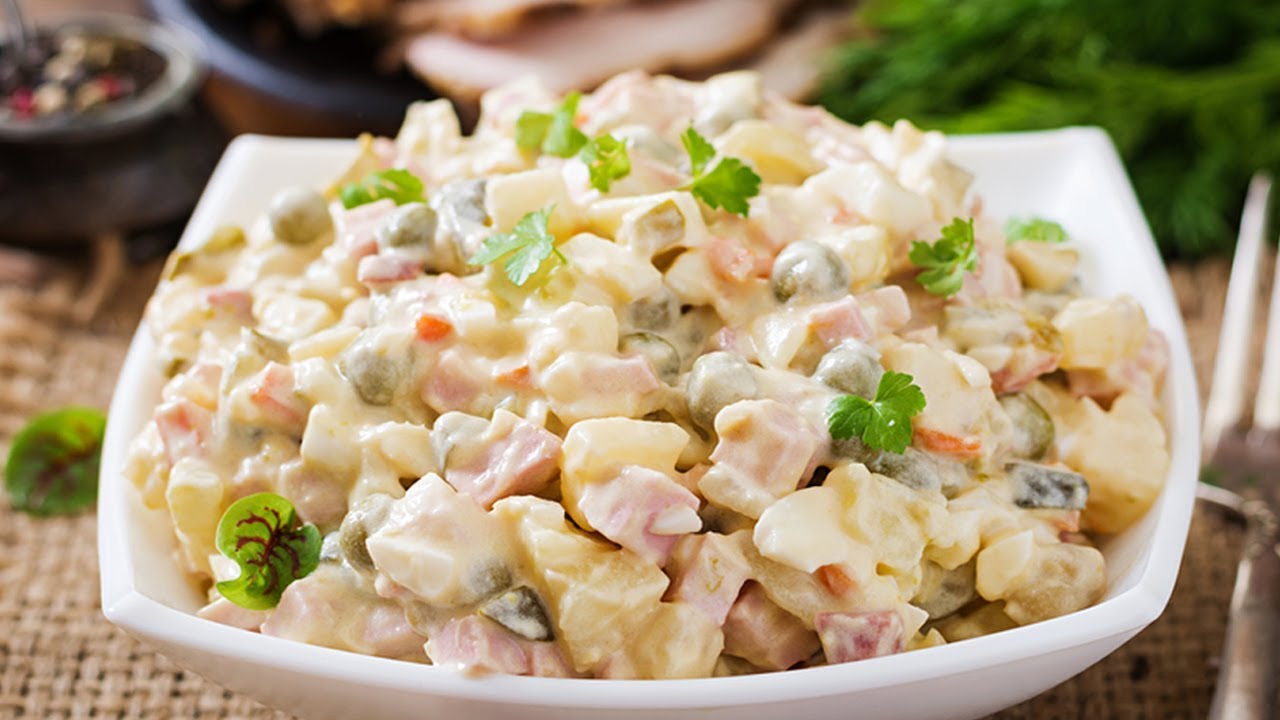 To serve, garnish with sliced cucumber and long slices of carrot.

Tips: Boiled green peas or boiled chicken can also be added to the salad.

The original form of the salad was created in the 1860s by a Belgian-born chef, Lucien Olivier, of the Hermitage, one of Moscow’s most renowned restaurants. Olivier’s salad immediately became a favourite among regulars at the Hermitage, and it eventually became the restaurant’s hallmark dish.

Ivan Ivanov, one of Olivier’s sous-chefs, sought to steal the recipe at the turn of the century. Olivier was abruptly called away while making the dressing one evening in isolation, as was his routine. Ivanov took advantage of the chance by sneaking into Olivier’s private kitchen and observing his setup, allowing him to make educated guesses regarding the recipe for Olivier’s famous dressing. Ivanov then left Olivier’s employ to work as a cook at Moskva, a slightly lesser restaurant, where he began to offer a strikingly identical salad known as “metropolitan salad” (Russian: тoлин, tr. Stolichny).