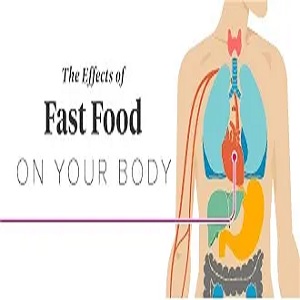 In many realms of humanity, the modern world is constantly evolving, and fast food production and access to take-out, along with minimal exercise, have produced numerous health issues. It alters human behavior, self-perception, and health hazards, all of which constitute a major threat.

Obesity in the United States is caused by a variety of factors. The first is the change in culture and what is considered acceptable. As additional weight puts pressure on the heart and the rest of the body, diabetes, and heart disease are becoming more common. Increased health risks put pressure on the healthcare system and damage the country’s economic well-being, affecting the entire nation.

Individuals suffer just as much since their constricted lifestyle forces them to eat faster and more frequently. As a result, people are at risk of experiencing considerable life-shortening as a result of negative health effects. Long working hours, access to junk food, and leisure time typified by sitting at home and little activity are all factors that lead to people being overweight.

The fact that the United States’ influence over the world and pop culture is growing only adds to the detrimental consequences on both local and international populations. Another cause for individuals being driven to live unhealthy lives is economic progress and its high level. The body’s inability to combat extra weight is exacerbated by rising pollution and industrialization, as well as advances in technology and a reduced need to contribute physically.

As people become increasingly reliant on technology and the ease with which they may avoid activities, this type of problem can be found all over the world (Wilk 7). People used to have to walk greater distances, contribute to farming, and do other active jobs, however, today’s culture is relatively passive due to office employment, the internet, and the ability to gain easy access to food or even order it without leaving the house.

Some medical procedures, such as surgery and minor physical changes, have provided patients with an easy way out, draining their willpower and concern for their future health. Human genes have adapted to the changes in modern culture, making people vulnerable to obesity-related disorders. Fast food has become a factor that impacts people’s lives as a result of societal shifts as a result of industrialization and changes in the pace of life.

Nutrition and the type of food ingested are important factors. Someone may be overworked and only eat once a day. This is harmful to one’s health because the body is “struck” with a large amount of food at once. This causes the organism to store a portion of proteins as fat in order to digest them later. Food has been transformed by technology, making cooking times shorter and nutrition almost non-existent (Schlosser 6).

If individuals exercised more and rationed their food into three to five meals per day, the picture would be very different. A contributing aspect has been the cultural idea that being overweight is normal and that people are not overtly humiliated based on their appearance. People have been estranged from previously valued conventions as a result of baggy clothing and a mash-up of cultures and styles. The most concerning aspect of the situation is that childhood obesity is on the rise.

Children often eat foods that are heavy in cholesterol, sugar, and processed carbs as their parents become busier with their work and developing enterprises. Fast food has had a significant impact on children’s social lives, and the cycle continues. Children have a considerably higher risk of obesity and heart disease than adults since their bodies are not as robust and their metabolism is much slower. Furthermore, fast food culture is reinforced by modern media and entertainment.

Children have access to a wide range of entertainment options, including computers, laptops, play stations, portable gadgets, and interactive consoles. People can sit on a couch or stand in front of a TV and perform 2 to 3 moves in one area instead of playing soccer outside or going fishing.

Easy access to fried meals is made possible by the availability of fried foods in schools and the proximity of fast-food businesses. Even the pricing is inexpensive when compared to restaurants, and the service is excellent (Olfman 110). The ease with which fast food and its consumption has spread has resulted in a causal association between what people eat and how they conduct their lives.

The fact that there are multiple causes—social, cultural, and personal—leads to a slew of bad consequences in a variety of areas. People’s self-esteem and confidence can exist regardless of their body image or prospective health risks. Despite the fact that obesity has become a worry, and people are becoming more aware of the issues and unneeded dangers, the culture forces them to make a decision.

The US government and people must take early action and make critical reforms, as it is preferable to prevent issues than to solve them. All of the impacts can be reversed if people prioritize their health.