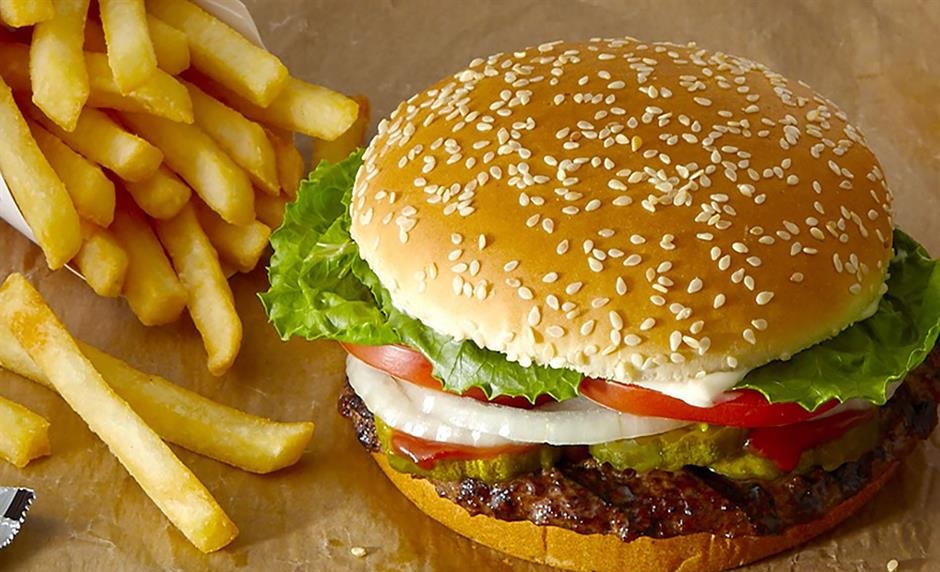 Fast Food Menu Items, Nothing brings back fond memories like eating. We all know that warm, comforting feeling, whether it’s the aroma of a strawberry rhubarb pie that instantly transports you back to childhood summers spent at grandma’s house, the first bite of a hearty steak sandwich that conjures up memories of having lunch with your dad, or the warm bubbly cheese of takeout pizza that brings back memories of high school movie nights.

Some of us associate our fondest meal memories with the classic dishes we grew up ordering at well-known fast-food restaurants like McDonald’s and Wendy’s, where the food always tasted the same. Unfortunately, many of the traditional dishes we previously cherished are no longer available, whether your favorite childhood restaurant chain has permanently closed or a specific menu item has been eliminated. Although you can’t always go back, you can think back about the past. Alternatively, simply keep reading to make your stomach growl for stuff off the Fast Food Menu Items you might never see again.

Fast Food Menu Items, A quarter-pound gourmet burger with four strips of applewood-smoked bacon, blue cheese crumbles, sautéed onions, and steakhouse sauce was introduced by Wendy’s in 2010. It was gloriously messy and topped with all of these ingredients. Diners who were famished lamented that the toppings spilled everywhere and left a mess in their automobiles, which may have been the sandwich’s downfall. At least that raises the possibility that it might one day be resurrected in a more palatable form!

Love that Popeyes chicken, by the way? What about in a bowl? This large, sloppy bowl was first served in 2008 and included white flesh chicken, red beans, rice, spicy Cajun gravy, and shredded cheese. Sour cream and spicy sauce are optional additions to this belly bomb. Sadly, the Big Easy bowl, which is challenging to make at home, was permanently removed from Popeye’s menu in 2013. R.I.P.

Fast Food Menu Items, Since the Golden Arches likes to play with our hearts and stomachs, we can’t guarantee that you won’t ever see this peculiar, beloved sandwich that made its debut in 1981 again. The renowned and well-remembered McRib, a pork patty in the shape of a rack of ribs served on a large bun and slathered with onions and barbecue sauce, appears and disappears, presumably at the whim of the business. Or, more likely, McDonald’s is aware that demand increases with scarcity.

Back in the 1970s, Burger Chef was second only to McDonald’s in terms of popularity in the United States, and its signature dish, the Big Shef, was adored. Two flame-broiled burgers with a special sauce were sandwiched between the buns. In 1996, Burger Chef went out of business, and Hardee’s acquired its remaining locations. The Big Shef was once available as a special at various restaurants, but alas, it hasn’t been seen or heard from since 2007.

This one is still painful. The Szechuan McNuggets dipping sauce that McDonald’s made in 1998 to commemorate the debut of Disney’s Mulan was a huge hit among sauce lovers. Its death was caused by this relationship and an advertising campaign that was seen as racially offensive. However, 19 years later, in 2017, McDonald’s brought the sauce back for one day only. Resulting in lengthy lineups and full mayhem. Since then, it has returned a few times. Always with a lot of advertising and just “while supplies last,” which is never very long.

Children of the 1990s, were you even alive if you didn’t devour these bite-sized cinnamon rolls topped with an icing dipping sauce while exploring the mall? The little cinnamon buns, a Dollar Menu item that was a Pillsbury partnership, briefly reappeared in 2018 before going away once more.

Fans continue to urge McDonald’s to bring back the original fried apple pie literally decades after the fast food business replaced it with a “healthier” baked version. However, in order to obtain this crunchy, sweet delight, you must travel outside of the US; it is sold in the UK, Mexico, Brazil, Greece, and many other countries.

Lum’s is a popular chain that opened in the 1950s. And once have more than 400 locations across the country. And well known for its distinctive beer-steams hot dogs. You might get the dog simple or with sauerkraut seasoned with sherry (!). Sadly, the company shut down in 1983, thus this hot dog only exists in our memory (or imaginations).

You wouldn’t find this adult-oriented (no, not like that!) burger in a Happy Meal. Because it is not released until 1996 and was designed to appeal to more affluent tastes. Sadly, it turns out that customers weren’t eager to visit Mickey D’s for the more elaborate fare. The (then-high) $2.49 price tag made the Arch Deluxe difficult to sell. It dropped shortly after.

McDonald’s Salad Shakers, which were literally a cup of salad you shook up to mix and consume. May have been the apex of fast-food salads. Moving in the other direction the Arch Deluxe appeals to adults. These salad shakers came in the garden, cobb, and Caesar types. Introduced in the early 2000s but didn’t last long. (To their credit, they do resemble the traditional mason jar salads that gained popularity in the recent decade.)

The chicken Caesar salad with low-fat dressing. Wrapped in a warm slice of bread, was Wendy’s response to the late ’90s wraps sandwich craze. Even though the sandwich, which was supposedly nutritious (we’d probably go with healthy-ish), was only on the menu for a short while, enthusiasts are still attempting to make it at home.

Pizza Hut’s Taco Pizza before Taco Bell’s Mexican Pizza. According to the iconic vintage advertisement, it was first served in the late 1970s and was a “pizza-looking, taco-tasting pizza.” This early iteration of the current popular fast food mash-ups abandons for decades. Yet it will live on in infamy forever.