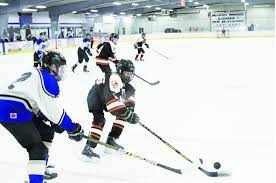 Wadena participated in the I-94 Classic Tournament over the weekend in Sauk Center. The Wolverines finished second after going 3-1 over the weekend. After defeating Marshall Orange 8-2 and Moose Lake Red 13-1 to advance to the title game against Little Falls, they began the weekend by defeating Sauk Center Maroon 14-0.

They have the advantage to face Elk River in the semifinals because of the shutout victory over Minot. The Elks won 4-1 thanks to three goals scored in the final five minutes, including an empty-net goal. Wadena defeated Little Falls 6-1 in the third-place match after falling to Elk River. Addison Fink, Aurora Jabas, Brayden Lenk, Brayden Martinson, Collin Rudrud, Dalanie Nelson, Grady Sworski, Grayson Meyer, Hudson Hathaway, Lex Tucker, and Owen Weiher are some of the Wadena PeeWee B2 players. Additionally, they have a home game against Fergus Falls on Friday at 7:30 p.m.