Ben Platt to Lead ‘Parade’ Revival on Broadway This Season 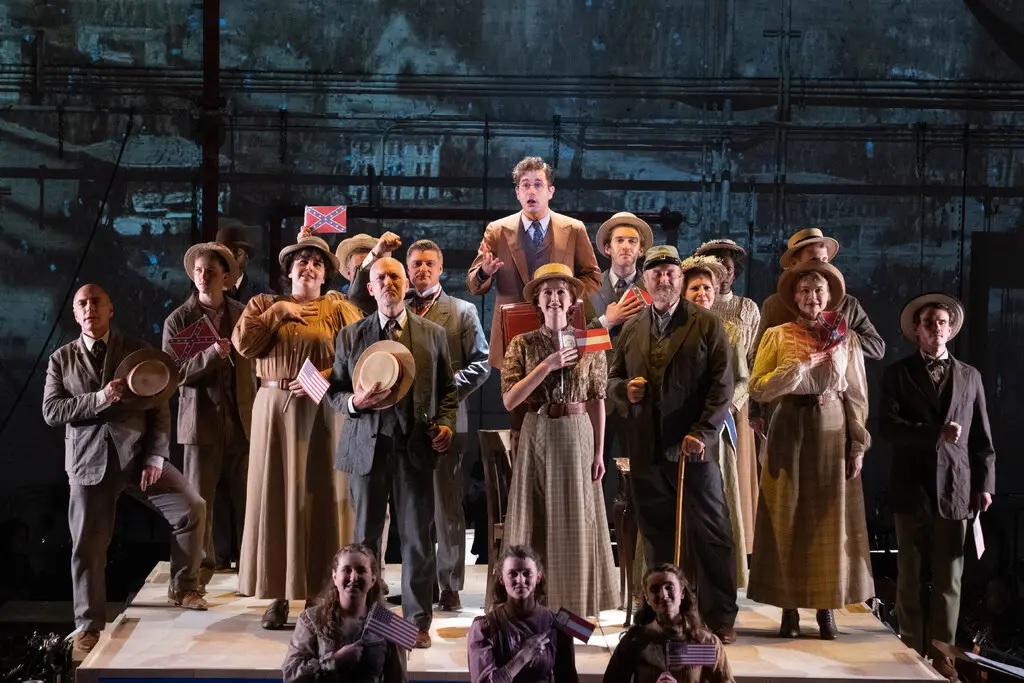 The musical’s examination of antisemitism comes at an appropriate time given the growing concern about the problem in the US and elsewhere.

Next month, “Parade,” a musical about the lynching of a Jewish merchant in Georgia in the early 20th century, will have a revival on Broadway, featuring Ben Platt, the Tony-winning star of “Dear Evan Hansen,” as the cast’s director.

Last September, the revival had a seven-performance run at New York City Center under the direction of Michael Arden (a two-time Tony nominee for the revivals of “Once on This Island” and “Spring Awakening”). Micaela Diamond, who previously played the youngest version of the titular character in “The Cher Show” on Broadway, will co-star as Leo Frank’s wife, Lucille. Platt portrays Leo Frank, a factory owner convicted of killing a little girl in a case poisoned by antisemitism.

The musical, which had lyrics written by Jason Robert Brown, a book by Alfred Uhry, and was jointly developed by Hal Prince, had a short run on Broadway and premiered in 1998. Despite being a commercial failure, it was awarded Tony Awards for both the book and the score. It accurately reflects actual events: Frank was found guilty in 1913, executed by lynching in 1915 (at the age of 31), and posthumously pardoned in 1986.

The musical’s examination of antisemitism has made it more relevant at this moment, when the problem is becoming more of a concern in the US and elsewhere. The City Center production received overwhelmingly positive reviews; Juan A. Ramrez wrote in The New York Times that it was “the best-sung musical in many a New York season.”

The musical “Almost Famous” concluded on Sunday at the Bernard B. Jacobs Theater, where the revival of “Parade” will begin previews on February 21 and debut on March 16. The “Parade” show will only be on stage through August 6th.

The revival is being produced by the Ambassador Theater Group and Seaview, a firm founded by Greg Nobile and Jana Shea that has previously staged “POTUS” and “Slave Play,” as well as two Broadway theatres (the Hudson and the Lyric).