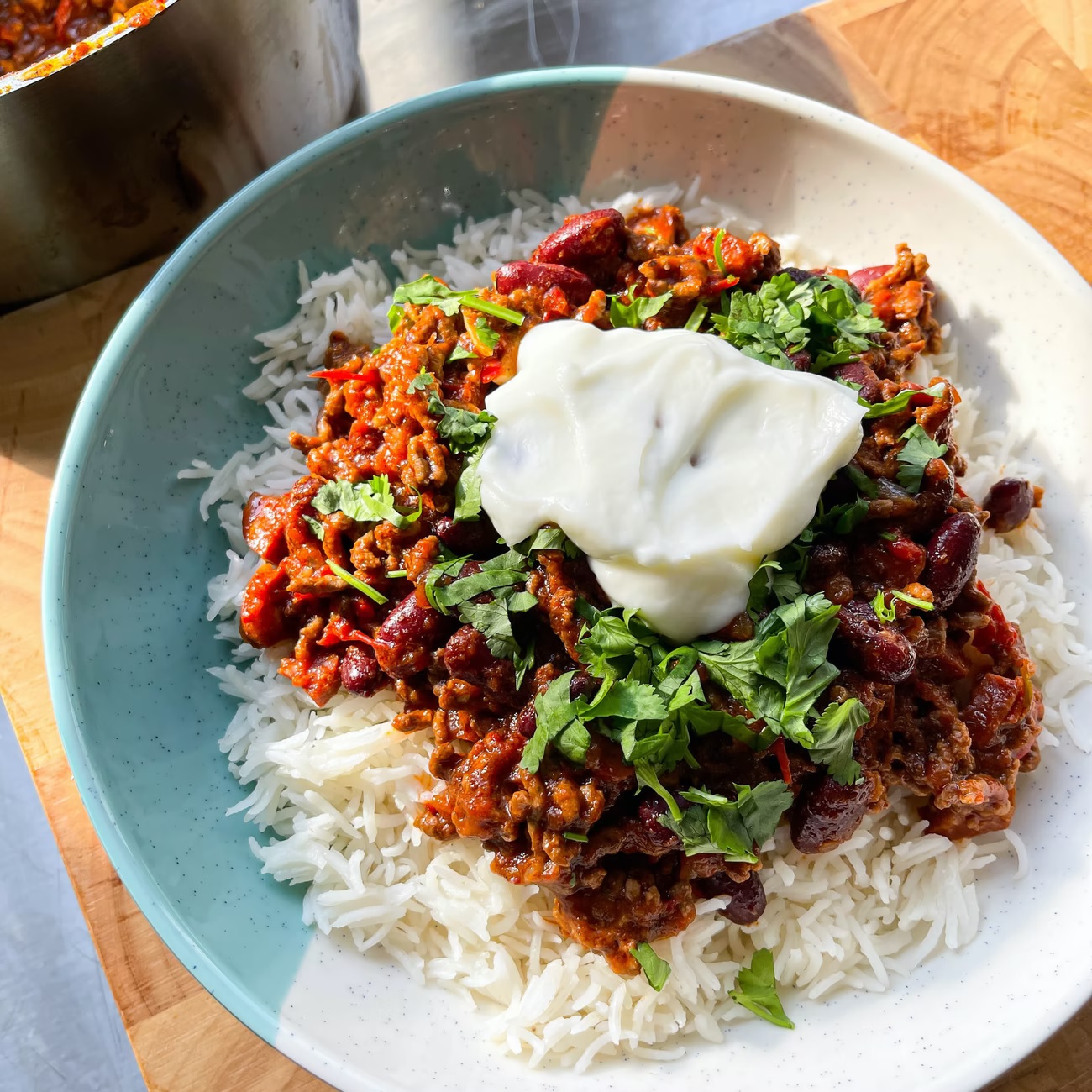 Chilli Con Carne is a quick lunch to prepare, but if you have time to slow cook it, you’ll be rewarded with uber soft meat and a more rich sauce. Serve with rice or corn chips to dip in the sauce. Cornbread or Cornbread Muffins can also be used to make a warm Southern supper.

Texas residents have claimed Chili as their own, even going so far as to declare it the state’s official food. Though there is evidence that Chili’s origins can be traced back to Spain.

If you want to try the real thing, here is a terrific true Texan Chili recipe that I have tried.

What is Chilli Con Carne?

In Australia and the United Kingdom, the dish known simply as Chili is known as Chilli Con Carne. It tastes like a saucier version of the classic beef mince taco filling that we all know and love.

A word on chili powder: I’ve always cooked my chili from scratch rather than using a store-bought blend for two reasons:

How And What To Serve With Chilli Con Carne

The fun part is figuring out how to serve it!! While it’s fine to put a big pot of chili in the middle of the table and have everyone dive in with corn chips, there are other more dignified methods to serve it: